I will be honest – I was extremely tempted to give this book a two star rating, but I decided against it. The second half of the plot is very lacklustre compared to the beginning. Due to my love for the first half of the book, the three star rating remains.

The differences between the split of my interest in the plot is based on a singular factor: the father. For the first half, the plot is based around the father’s domineering control over the family and their struggles to adapt in an Africa that associates the color of their skin in negative ways. The power imbalance within their household is clear, and the mother and young daughters attempt to grow under the choking grip of their father and God. Despite their year in the village, they leave an impact that lasts forever; and, Africa leaves an irreversible impact on their family. The father is the most interesting character in relations to plot for me, a factor that I hesitate to admit. I hate him and the selfishness and cruelty he had towards his family. When the rest of the family decide to leave the father and grow on their own, I’m glad; yet, it brings an undeniable issue to light that I was fearing from the beginning. The plot is terribly boring without the father.

The father is the main conflict, man vs man. Every main character is centralized around him and his irrationality. With him gone, the plot switches to the growth of their daughters. I had no problem at first with this. I do like the daughters. Yet by the end of this book, I wasn’t sure how to feel about any of them. I have many problems with their chapters. I’ll do a short summary of my issues with their point-of-views.

Rachel, the oldest daughter, has absolutely no character development. If I squint, maybe there’s some; but, at the same time, if I have to guess the character development, that’s not a good sign. Even one of the sisters, Adah, admits that Rachel has changed the least due to Africa. It brings the question that shouldn’t a character experience development throughout? All 500+ pages, and Rachel is still annoyingly unbearable, bratty, and independent. She still acts similar to her 17 year old self by the time she’s 50, although more toned-down. Despite this, I liked her chapters the most. She has more expression and character compared to the other sisters. Her life is far more interesting to read about, owning a successful hotel and the adventures she experienced within it. Her thought process is so pay-attention-to-me-like that I couldn’t help but be more invested. I was most surprised by the fact that she never settled down with a husband, since she alluded to be the sister most willing to find a successful guy. Well, she did find a successful guy, but ended up using him for his riches. Honestly, good for her.

Leah, one of the twins, has a sob story. Every single chapter of hers is a sob story, and I don’t even have an ounce of emotion left in me to feel pity. Sure, her life story is bad enough, with her husband (the age difference still unsettles me, despite it being a norm in their area) being constantly wanted and going to jail for a year, leaving her alone and struggling with four kids; yet, hearing that for every chapter makes me not want to care. She spends her time reminiscing her dead father, her amazing and god-sent husband, her dead baby sister, or her kids. Her life is dedicated to Africa and her hope for change; and, if that’s not apparent enough with her monologues, they shove it into your face. Leah was one of my favorite characters at one point. I’m glad that she has a happy family, but her character development is questionable. She went from dedicating her life to her father, to dedicating her life to her husband. The only difference is that her husband is a much better guy… and he actually loves and cares for her. Leah would still be my favorite if she still had that individualistic spark to her like she had in the beginning. She was once willing to grow on her own, yet now cannot grow without her husband.

Adah, the other twin, is terribly underrepresented. She had the least chapters, which is unfortunate, since I think she’s the most interesting character. She has immense character development: developing from the young girl with a cripple to an independent adult in the medical field. Honestly, her path isn’t exactly surprising. She showed an intelligence for the world around her that was bound for success. My guess for why she had the least chapters was due to her detachment to Africa. Leah and Rachel are still in Africa, with both holding an attachment to the country physically and mentally (Leah’s reason being her family and mindset, while Rachel’s is the hotel). Adah has the memories, but nothing is keeping her there. She adapts well in America. She focuses her studies on germs and viruses, probably due to the viruses they feared, like malaria, while in Africa. One moment of hers sticks with me, when she wishes to be like her former self with the cripple to keep her twisted and abnormal type of thinking, since now she’s seen as normal. That moment right there, with her staring at the bookcase in hopes of her former self coming back, impacted me more than any of the other characters. Adah’s struggles are relatable, doubtfulness and uncertain of her importance in the world.

Ruth May, the youngest sister, is dead. Sorry. Her way of death is so abrupt that it caught me off-guard. (She died because of a snake bite, of all things; if I got to choose an appropriate death for her, metaphorical reasoning aside, I would’ve chosen the majority of her plot when she was extremely sick and weak from a fever – but sure, snake bite it is). Her death impacts her family for the rest of the novel, and for good reason. Sometimes, I feel like her whole existence was just for a dramatic conflict that finally pushes the family to do something about their lives. Was she really Ruth May, or a plot sacrifice?

Orleanna, the mother, is rarely heard of again (except for in Adah’s chapters where her emotional constipation gets the best of her).

The ending of the novel is nice, I suppose. They all reunite and try to find Ruth May’s grave (and they didn’t find it, so what’s the point). I like that it all ties together with them back in Africa. There’s some metaphorical spiel about how the village doesn’t exist and oh look the daughters are so different yet mature now, but I really couldn’t decipher it. My brain was hurting from too much Leah sob story chapters. The father is dead and received the ultimate Verse (death by fire, real fitting). The sisters are well-off and happy. The mother can finally forgive herself and move on from Ruth May’s passing. The ending was expected. I really wasn’t sure how the ending was going to go, with the plot being dragged on by the blatant attempt of pushing growth onto the sisters’ lives, but I guess I shouldn’t have expected anything too exhilarating. It’s simple. Let’s move on. 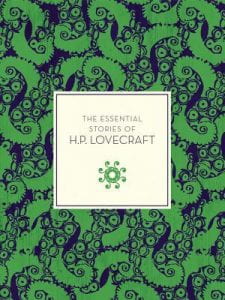 As someone who greatly enjoys anything horror-related, I was excited to read H.P. Lovecraft’s works. I’m currently on the first of many “essential stories”, called At the Mountain of Madness. Personally, I’m enjoying his story so far, yet it’s nothing eye-catching. There are quite a few sentences that made me think “wow… that’s good”, but the overall plot (at the point I am reading) is nothing but the usual slow incline towards the climax. I’m hoping that the short story starts to pick up speed soon. I’m curious as to how H.P. Lovecraft will contribute the element of horror. I can really appreciate his use of imagery and character development to gain a sense of their surroundings and motives, in the case of a scientific expedition in Antartica. Each of the main characters have already been quite established a few pages in, especially once Lake discovers a newfound area of mountains unseen of for centuries. The suspense is already building up towards just what they ultimately discovered deep in Antartica. I’m excited to see how the short story turns.

Honestly, I’m just glad I can finally move on to a different book after spending way too long on a single novel. (Blame it on my stubborn mentality of refusing to give up on a book I clearly no longer wanted to read). I’m hoping to maintain the same pages per day, but I’m not sure how it’ll turn out in January with diplomas – if I’m being realistic, my pages per day will probably stay the same or decrease a bit. My goal is to finish my H.P. Lovecraft short stories and read a dystopian novel recommended on Edsby (I looked over the article list of popular dystopian novels, and one really caught my eye).

The Essential Tales of H.P. Lovecraft