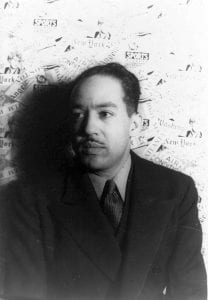 the poor piano moaned with melody,

a drowsy tune for all to see.

you press onto the black and white keys

with a vigour that leaves the crowd on the edge of their seat.

ascend higher and higher, the crescendo, the passion!

your musical destiny has reached its greatest potential.

your shaky fingers dance across the piano as if its your last song,

until the lights dim; until the cheers of the crowd slow to a gentle hum;

until you are nothing but the space within dusk and dawn;

the empty space between the stars.

it always ends the same way,

until Saturday night comes along and the tempo rises once and for all.

o’ mellow blues, what vicious cycle you’ve landed yourself in.

yet you wouldn’t want it any other way – the beginnings of the drowsy tune.

You thought it was cliche, the way in which your parents seem to warn you about the strangers in the nighttime. It was foolish, and a blatant attempt at keeping you locked behind closed doors. There were no strangers, especially in the darkest hours, because it seemed so illegitimate; so intangible; so… You broke the lock on your door on the Saturday night, wiggling open the jammed door to the emptiness of hallways and your shaky breaths that leave you in broken rhythm. You inhale. You can hear it – the slow and heavy footsteps against kitchen tile. You exhale. Your fingers trace along ripped wallpaper and open doors with no ending. You pause, body bound to the entranceway where the light flickers down onto twisted bodies and twisted thoughts. Blood drips down from the counter – steady. The strangers in the nighttime are strangers to you no more. You share the same air, the same blood, and the same ending – your last breaths in the hands of strangers.